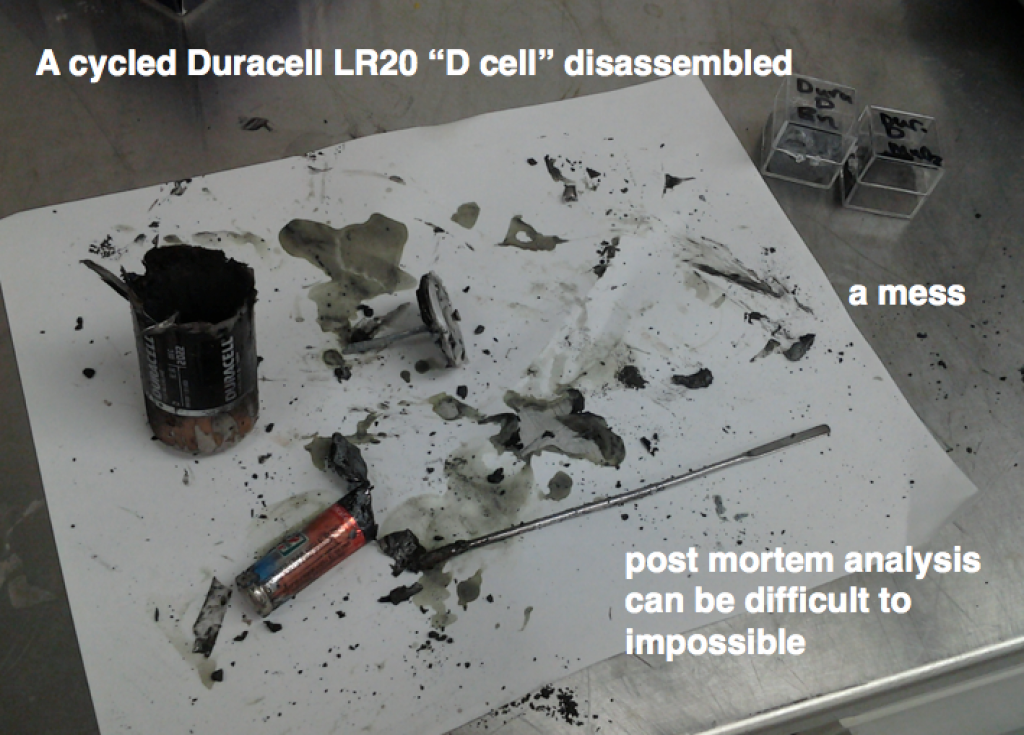 I was looking though some research photos and I found this nice example of why post mortem battery analysis is better done by some X-ray technique. Once you start opening things up, you mix the materials around, you oxidize them, etc, unless you have a very good method, which is probably tedious.

Just published a paper called “An in situ synchrotron study of zinc anode planarization by a bismuth additive.” It’s a mechanistic study to explain a result we discovered in the early days of the CUNY Energy Institute. I was looking for an additive to kill dendrite formation in zinc, working with Dan Steingart and Abhinav Gaikwad, who was a graduate student at the time. Turns out a little bit of bismuth can keep zinc layers quite flat when electroplated from a flowing electrolyte. The middle image below shows it clearly: 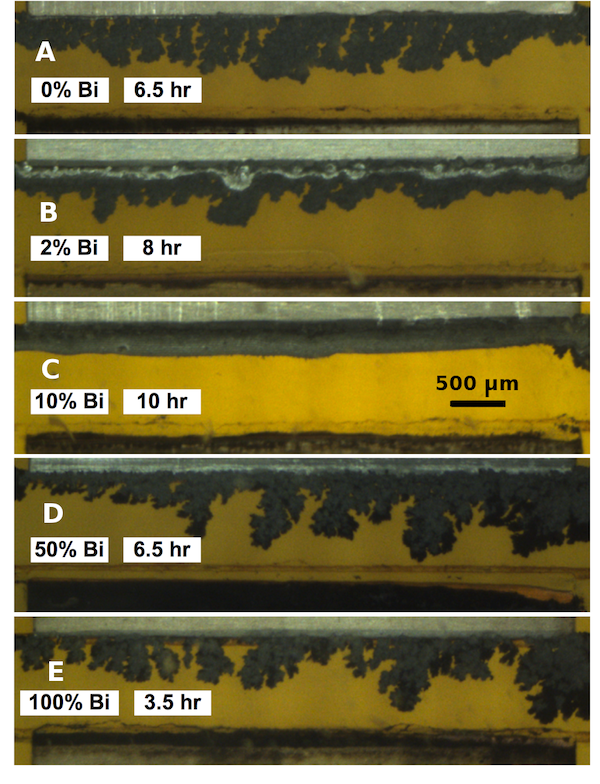 The percentages are % of the bismuth saturation limit, which is very low. 10% is 3 ppm, an almost undetectable amount, and it has an enormous impact. This result could be used to increase the energy density of zinc batteries, by keeping the zinc layer compact. When naming the paper I called it “planarization” instead of “leveling” because the mechanism is different than that of a leveler in traditional electroplating.