Some educational slides posted by Matt Lacey, which are well worth checking out.

Congratulations to Zhicheng Lu, the first MS graduate from our group, whose thesis was on modeling the initial discharge of rechargeable alkaline batteries. Pictured here with his committee Prof. Richard West and Prof. Eugene Smotkin. 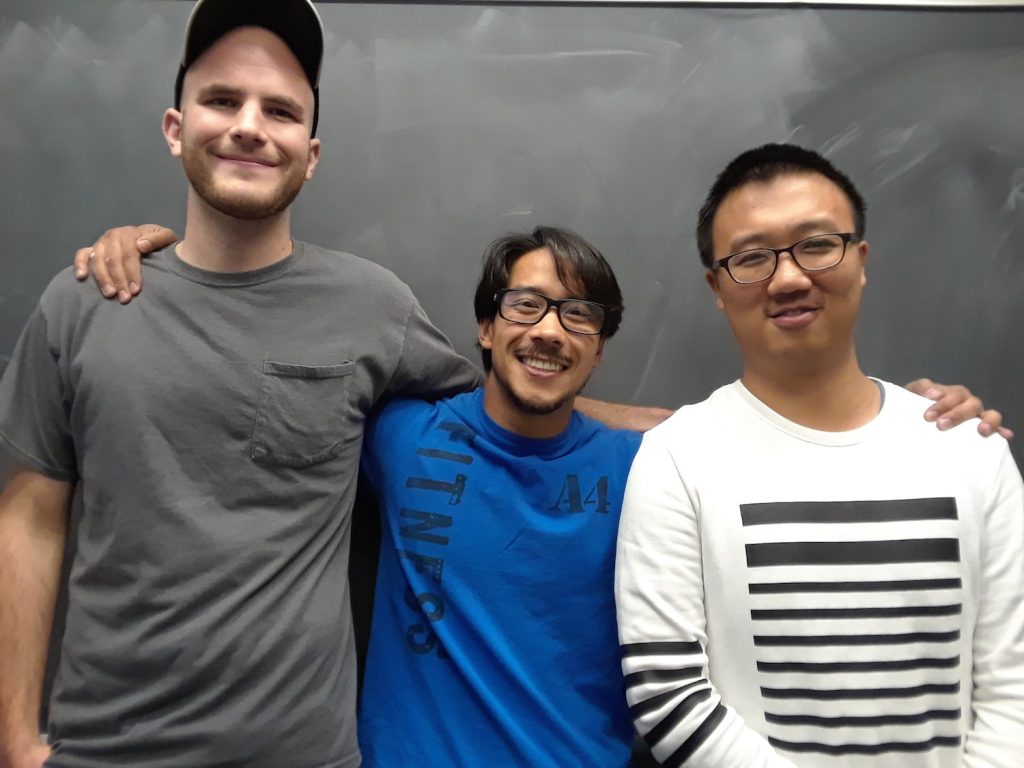 There’s a wonderful paper by Olson et al. in Environmental Science & Technology Letters called Forensic Estimates of Lead Release from Lead Service Lines during the Water Crisis in Flint, Michigan. From the abstract:

The findings provide evidence that selective dissolution of lead phosphate minerals occurred because of the absence of orthophosphate during the crisis.

I’m teaching the chemical engineering intro class at Northeastern this semester, and I’m putting in some information from this paper. Mismanagement of the water supply in Flint is a pretty perfect example of how not to do chemical engineering. The piping infrastructure in Flint required orthophosphate treatment of the water, and for some reason this practice was stopped.

I’m happy to announce that beginning this fall I’ll be the DiPietro Assistant Professor of Chemical Engineering at Northeastern University. There I’ll continue working to improve kinetics and transport within complex electrochemical systems. You can expect batteries, phase changes, and synchrotron science, as well as some new tricks. It’s an understatement to say I’m looking forward to it. See you soon.