The “smart grid” vision will reduce energy waste and increase flexibility in power generation, transmission, and distribution. The resulting increase in efficiency will reduce the amount of carbon released into the environment due to power generation. One piece of this vision is grid-integrated electrical storage, such as batteries incorporated into the grid on a large scale. This will require extremely low cost, extremely safe, high energy density batteries. No currently well-established battery technology satisfies these needs perfectly.

This raises the question, if you can develop such a battery, what is the initial market? Even though the concept of the the smart grid is well-accepted and people talk about it a lot, were you to unveil the perfect battery tomorrow, who would buy it? And what for? The current grid has to evolve into the smart grid, so you have to look for the piece that can or will change first. And since the driving force for this evolution is economic, where can batteries allow the buyer to benefit financially? One answer is to solve a problem for the electrical utilities, such as allowing their current infrastructure to keep up with growing electricity demand. The technical name for this is T&D upgrade deferral. (T&D stands for transmission and distribution.) 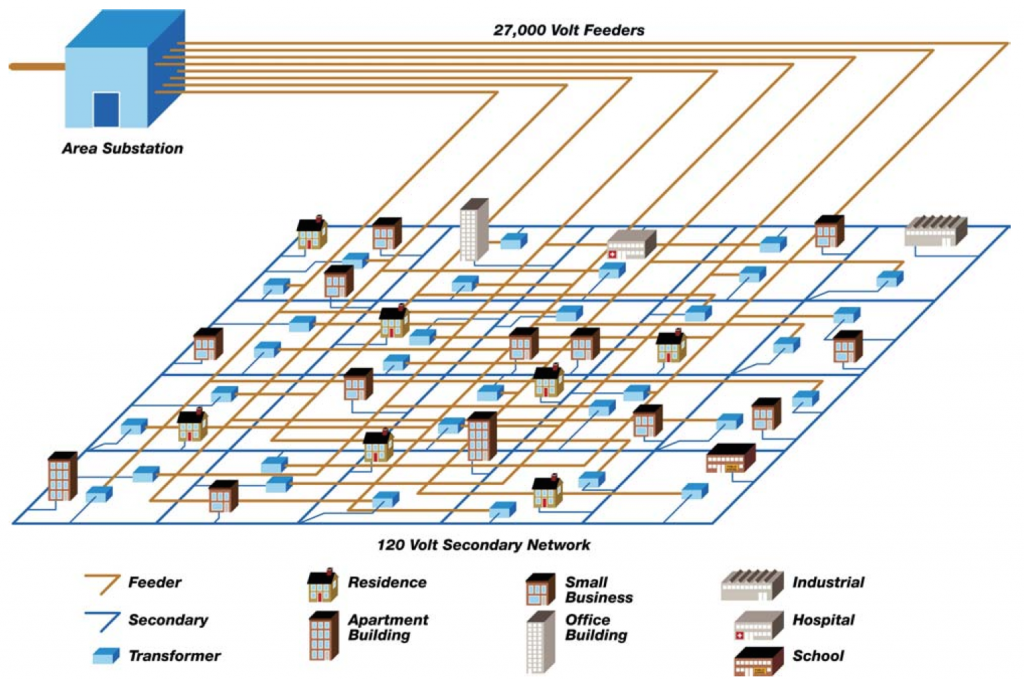 As an example of how electricity gets from the utility to the customers, I’ll look at Astoria, New York, where I live. A typical area substation supplies 27,000 V electricity to a 120 V secondary network which connects to the consumers (illustration from Con Edison shown above). There are 7 networks of this kind in Queens county. In one, the North Queens substation provides electricity to the Long Island City network (shown below), which includes Astoria. The North Queens substation is capable of supplying a peak 483 MW of electricity. In 2006 the forecast peak demand for this network was 300 MW for commercial customers and 100 MW for residential customers (so 400 MW total). This is well under the substation’s capability (83%), but 2006 was a long time ago, and as the population grows and people use more power, there will come a time when a new substation will be required to meet the peak electrical demand. (Specifically this is when at any given time the customers served require more than 483 MW of electricity.) 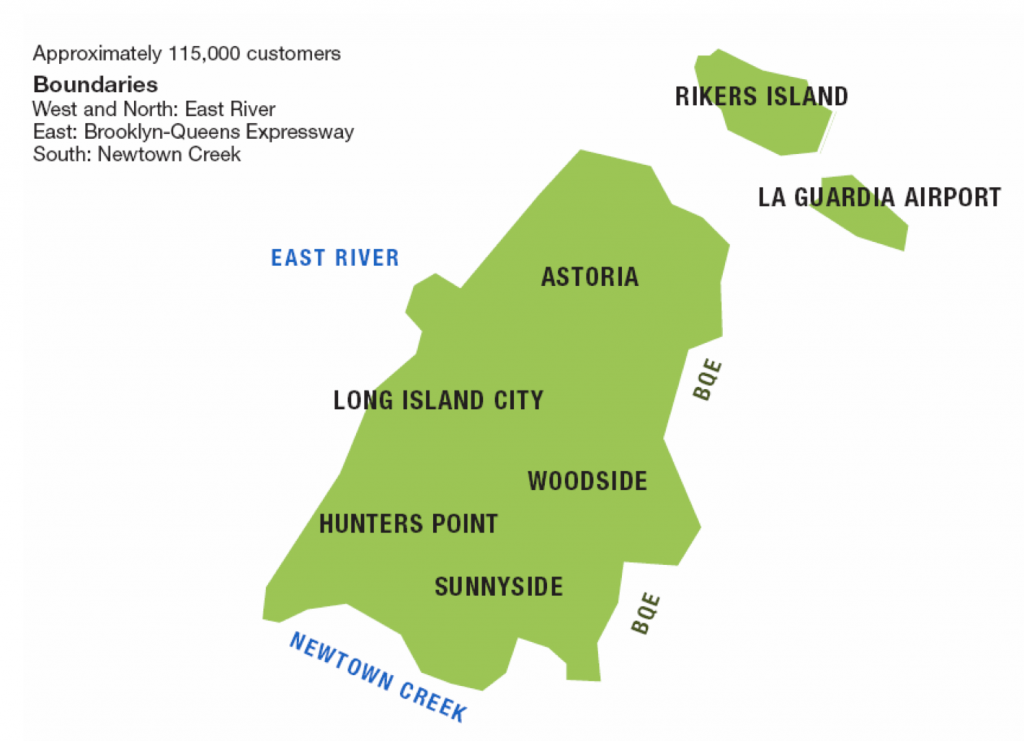 However, by incorporating battery storage into a substation such as this, the peak demand forecast could be above the maximum output of the substation, thus deferring the need to build a new substation. At any time the peak demand rose above 483 MW, integrated batteries would make up the difference between what the substation equipment could provide and what customers required. The size of the battery would determine how large of a demand peak you could satisfy.

In fact, utilities have expressed a desire for a battery solution for this kind of T&D upgrade deferral. Rising electrical demand in the five boroughs is resulting in the need for new electrical infrastructure. Many new substations have been constructed in recent years at a cost $200-400 million per substation. This includes York substation (Upper East Side), Academy substation (Upper Manhattan), Newtown substation (Brooklyn-Queens border) and Mott Haven substation (the Bronx, shown below). Con Edison has announced that if an alternative way to shave peak demand is not found, a $1.1 billion dollar expansion will be required for Brooklyn and Queens by 2019. Using battery storage has the potential to slow the need of new construction.

A battery system would be modular and portable as any particular deferral project would be temporary, after which time the storage could be relocated for a new project. Multiple batteries based on standard shipping containers could provide on the order of 40 MWh of storage to help meet peak demands. At a cost of $100/kWh, such a system would cost $4 million, far less than the cost of a new substation. This use of batteries would be temporary, but would allow the utility tremendous flexibility in choosing when and where to upgrade equipment. 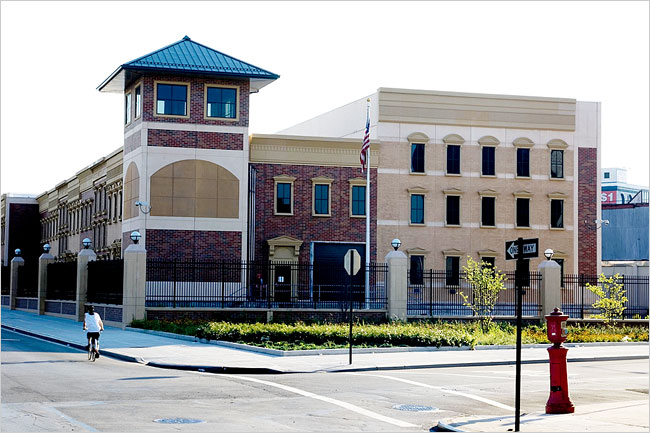 The Mott Haven substation in the Bronx, disguised with brickwork and fake windows (image courtesy The New York Times)