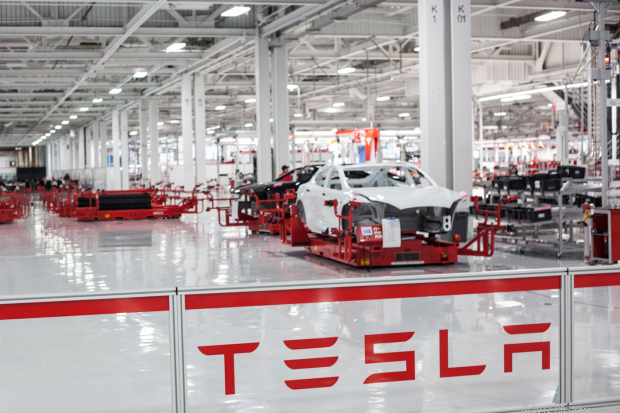 The Gigafactory is a giant battery production facility planned by Tesla, to be built in one of the following states: Nevada, Arizona, New Mexico, Texas, or California. It’s a powerful effort to force down lithium-ion battery costs by bringing together all the members of the supply chain and consolidating the process in one location. Tesla can do this because it buys a lot of batteries, but also because it has star power.

Tesla is the most exciting thing in batteries at the moment. Lithium-ion battery cost is about $500/kWh, and Tesla wants to bring that down significantly to make electric vehicles a reality for everyone (not just people who can afford expensive cars). Some analysts believe that lithium-ion batteries, as they are currently constructed, have an inherent limitation between $200-300/kWh. This is due to the production costs and the materials (active material, electrolyte, etc). The target cost for electric vehicle batteries is lower than that, under $200/kWh, but it seems like Tesla’s effort will go a long way to making it work. Other battery applications, like utility-scale stationary batteries, will need to be even cheaper though. So it’s clear other battery chemistries will need to fill that space.