I have a folder where I put all the files I create while peer reviewing a manuscript. This weekend I finished the fourth of 2016, and I usually assume the fourth will be the last. I wondered if that was always true. By counting up the files in this folder, I was able to see how many I had done each year, plotted below. 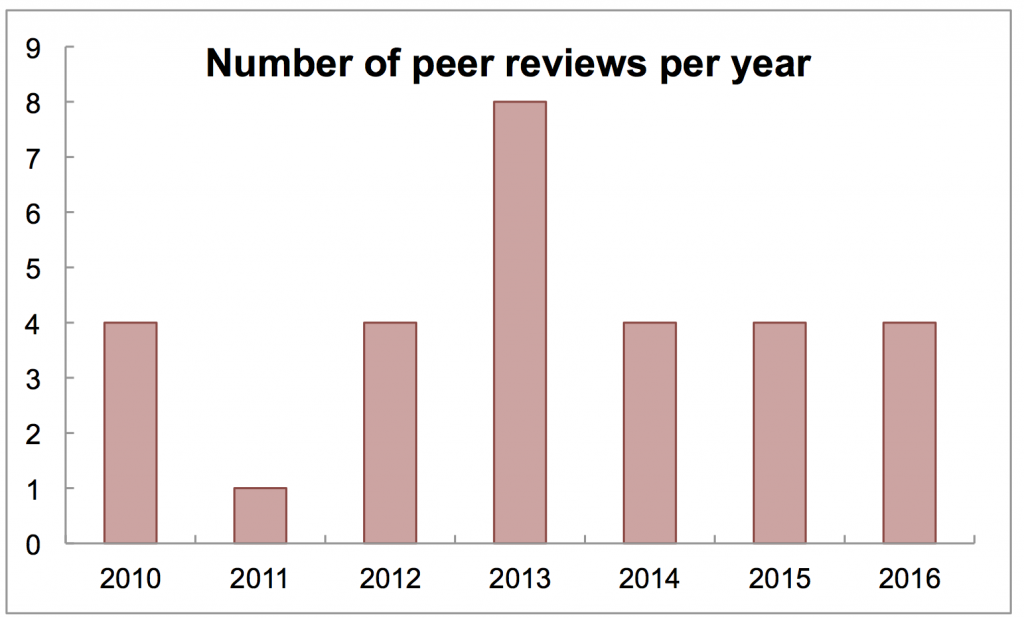 Four is in fact the most common number (the “mode” in this dataset, if you will). But what happened in 2013 and why did I do eight? By the way, I also see one of those had three revisions.

Update January 2017: Final tally: eleven. I believe in my heart of hearts the late-breaking rush was due to my tempting fate with this very post.