Check out these photos of EPFL’s SwissTech Convention Center, which has a facade covered in dye-sensitized solar cells (DSSCs). The archetypal dye for a DSSC is a ruthenium complex called “black dye.” Dyes like actually have an enchanting purple-brown-black color, which isn’t totally black. But you can theoretically use any molecule that will inject an electron into a semiconductor when hit by light, and I just did a bit of hunting around and found a company called Dyenamo that specializes in different colors. The bottom picture is from C&EN, which has an article on non-silicon solar cells this week. 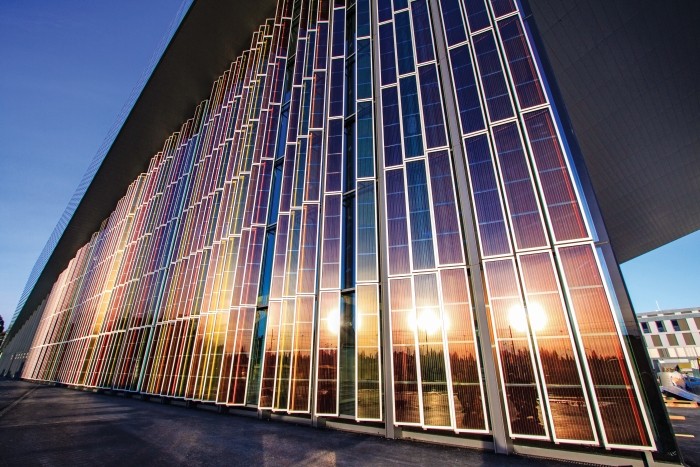